A player takes part in a warm-up session on the court 2 during The Roland Garros 2020 French Open tennis tournament in Paris on September 26, 2020. (Photo by Anne-Christine POUJOULAT / AFP)

The French Open Championships at Roland Garros was the first Grand Slam to set a new date, in the hope that the COVID-19 pandemic would have subsided sufficiently to allow a large sporting event.

The experiences at the U.S. Open and other events contributed to the conditions in Paris where American, Serena Williams, Spain’s Rafael Nadal, and Serbia’s Novak Djokovic are chasing career records.

Victoria Azarenka denied Serena the finals in New York where Novak Djokovic’s out-of-character reaction led to his disqualification. Nadal opted out of New York, but his warm-up in Rome was upset in his first loss to Argentina’s Diego Schwartzman. Djokovic barely escaped a similar fate and clinched the fifth Italian Open title that took him one past Nadal’s 37 Masters Titles.

Naomi Osaka’s hamstring is still sore, so she won’t have enough time to prepare for the clay.

The French authorities have limited access to only 1,000 spectators each day of the fortnight. Some players tested positive for COVID-19 and were dropped from the list of competitors. 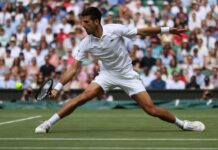 Is a FOURTH substitute allowed in the Super Cup? The rule that will affect Liverpool and Chelsea in their European showdown