2 goals early in the second half set East Kerry on the road to victory in the Garvey’s SuperValu County Senior Football Championship Final.

Defending champions East Kerry started as they were listed in the match programme with David Clifford back in after suspension playing at right corner forward.

There were no changes to the Mid Kerry team either ahead of the much-anticipated County Final.

Paul Hayes started proceedings on the stroke of 7pm and it was East Kerry who went on the first attack towards the Mitchels end leading to a point from Listry’s Ronan Buckley inside 30 seconds for East Kerry.

Mid Kerry registered the first wide from the restart and a two point swing was the result with David Clifford doubling East Kerry’s lead with a quick point.

Conditions were perfect for a good game of football but they didn’t favour Liam Carey who’s free from 45 metres out fell harmlessly into the hands of Shane Ryan in the East Kerry goal.

The next attack from Mid Kerry saw Gavan Grady being pulled down on the edge of the square and Ciaran Kennedy converted the free to put a point between the sides.

Points from Darragh Roche (free) after 5 minutes was cancelled out a few minutes later by Gavan O’Grady while East Kerry’s defending was aggressive, yet disciplined.

Ronan Murphy walked through the East Kerry defence with a great chance for Mid Kerry to find the back of the net. It was not to be as the shot was sent wide. Small margins can be the difference between winning and losing. East Kerry went up the field and Evan Cronin took his chance to put the ball over the bar and restore a 2-point lead after 10 minutes.

Not long after another missed goal chance, this time from Darran O’Sullivan, Mid Kerry found the scoreboard again from the boot of Liam Carey from Beaufort.

It was soon double-scores after consecutive points from Darragh Roche and David Clifford for East Kerry at the water break (16½ minutes).

From the restart, Stephen Cahillane sent Mid Kerry on the attack with Fiachra Clifford finding Liam Carey to get the first score after the water break.

Darran O’Sullivan’s wise head read the kick-out well and intercepted the ball only for Fiachra Clifford to be fouled after receiving the ball from Darran. Liam Carey’s free went over to put a point between the teams.

East Kerry responded, as they do, calmly with simple yet effective football. David Clifford again found the scoreboard.

Another David Clifford point extended the champions’ lead but the Kerry captain soon followed his team mate, Evan Cronin into the referee’s notebook with a yellow card.

The Mid Kerry captain, Pa Wrenn, prevented a certain score from Dara Moynihan blocking the shot on his boot and perhaps inspiring his side to keep East Kerry in their sights before half-time.

The sides exchanged points in injury time and it was East Kerry who went in at the break ahead by 2 points.

Gavan O’Grady and Liam Carey’s trojan work in the Mid Kerry full forward line was rewarded after drawing the foul at the start of the second half but Liam Carey’s kick went wide and so went the chance to put a point between the sides.

And then, the difference between the quality of the forwards – Dara Moynihan took possession and made the space for David Clifford to send a bullet past the motionless Stephen Cahillane in the Mid Kerry goal

Mid Kerry were made to pay for their wastefulness in front of goal. Liam Carey and Fiachra Clifford were unsuccessful in attempts to narrow the gap but when the ball went back up the field, Darragh Roche hit the net for East Kerry Eastgoal2

East Kerry’s tackling was accurate with the hand in and hand out upsetting Mid Kerry when they were in possession of the ball.

Fiachra Clifford was replaced by Caolim Teahan after 39 minutes. The Mid Kerry hearts had dropped and East Kerry were tightening their grip on the game and the Bishop Moynihan Cup.

Playing into the Mitchels end in the second half, Mid Kerry continued to spurn chances from play and from frees.

On the other hand, East Kerry don’t miss much. Evan Cronin added to the champions’ tally with a couple of points from play, while Mid Kerry had yet to score in the second half.

Trailing by 10 points, Jack O’Connor came on to try and inject some energy into the Mid Kerry attack after 45 minutes of the County Final.

Dara Moynihan extended the East Kerry lead with a point from play.

Mid Kerry replaced four of their six forwards in a desperate attempt to halt the East Kerry march to victory but to no avail.

A David Clifford point extended the East Kerry lead out to 12 points.

Mid Kerry had to wait until the 58th minute to register their first score of the second half thanks to a free from Liam Carey, but Darragh Roche pointed for East Kerry straight after.

Gavan O’Grady scored a great point after some inter-play with Liam Carey but the challengers needed more of their players to step up with some scores.

Heading into 4 minutes of injury time, Mid Kerry continued to plug away at East Kerry for damage limitation.
Ronan Buckley, who opened the scoring at 7pm, finished the scoring before the referee eventually, put Mid Kerry out of their misery. 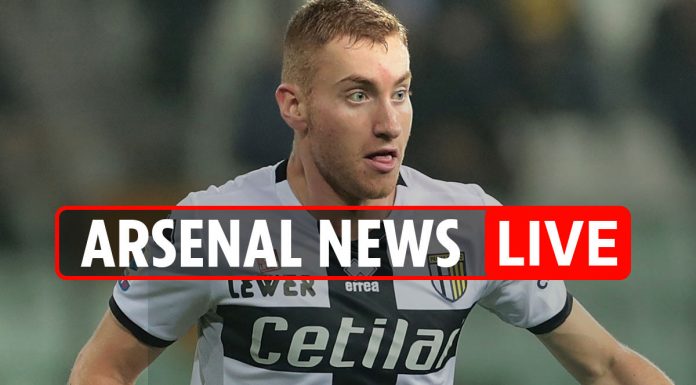