Harry Maguire may be on his summer holidays but he’s still getting his head to everything as he jokes around in an Ibiza nightclub by nodding away an inflatable football.

The England centre-back has become a cult figure after his dominating displays at the World Cup, which saw him win header after header – including an important goal in the quarter-final against Sweden.

Since then, fans have joked about Maguire’s ability to head anything, and the fad has followed him to Ibiza as fans egged him on to head a giant ball at the Amnesia nightclub. 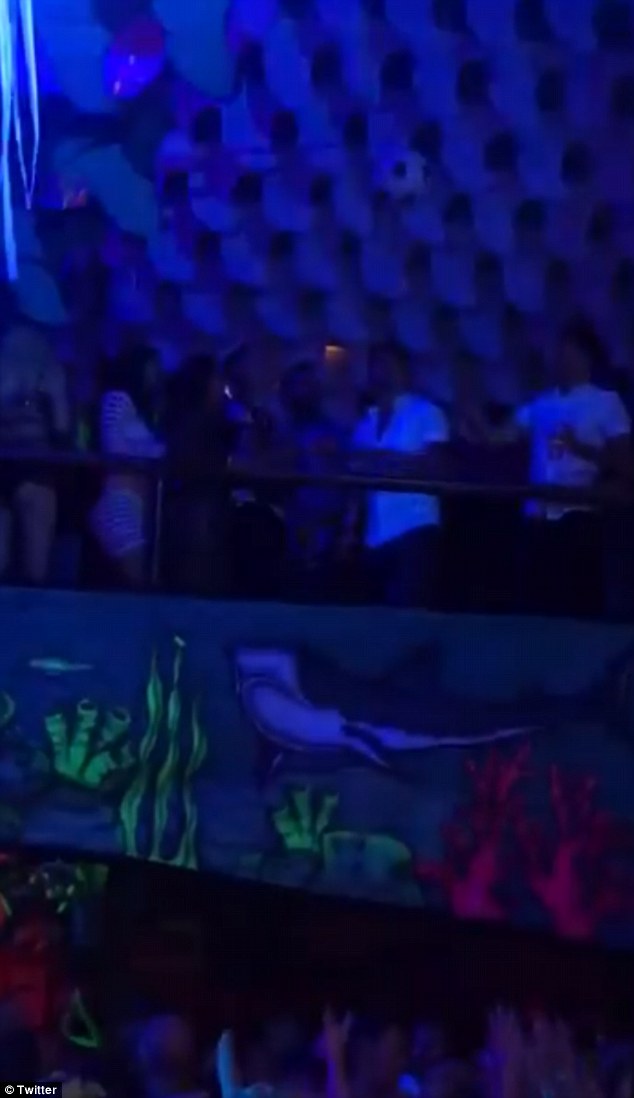 Harry Maguire (centre, white shirt) braces to head the inflatable ball tossed up for him 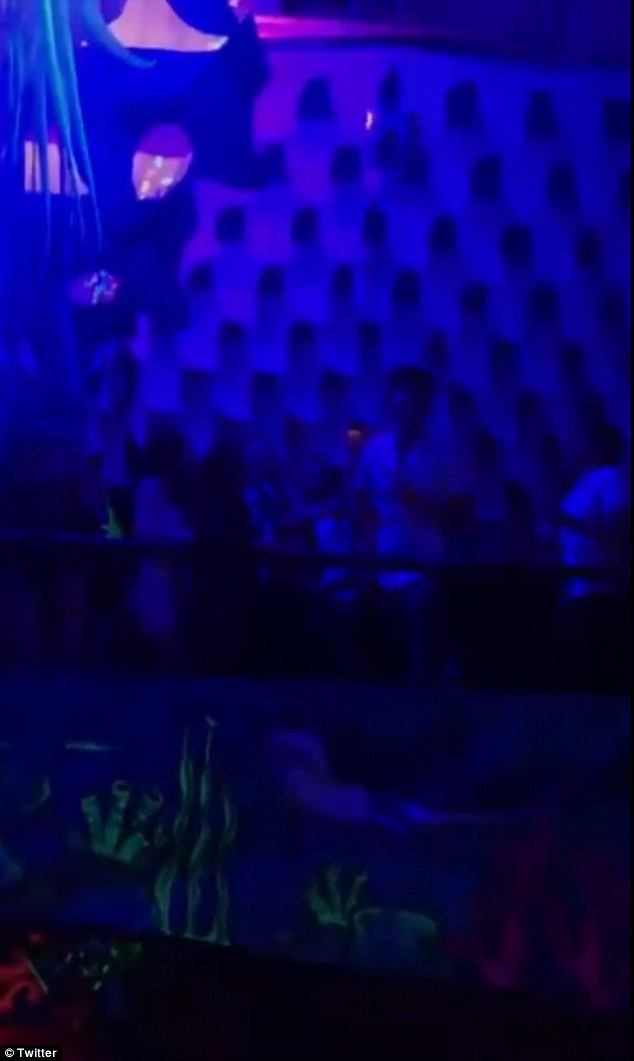 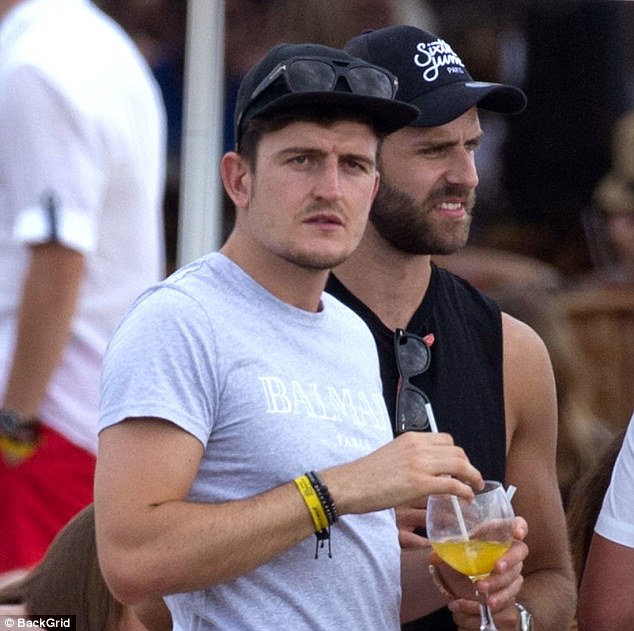 Maguire has been holidaying with his girlfriend, Fern Hawkins,  and other friends on the Spanish island as he enjoys some time off after England’s World Cup campaign.

In the video on social media, someone tosses a big inflatable ball above Maguire who duly obliges and heads it into the crowd to a rapture of noise.

He waves to the fans as some begin to chant: ‘Oh, Harry Maguire’. 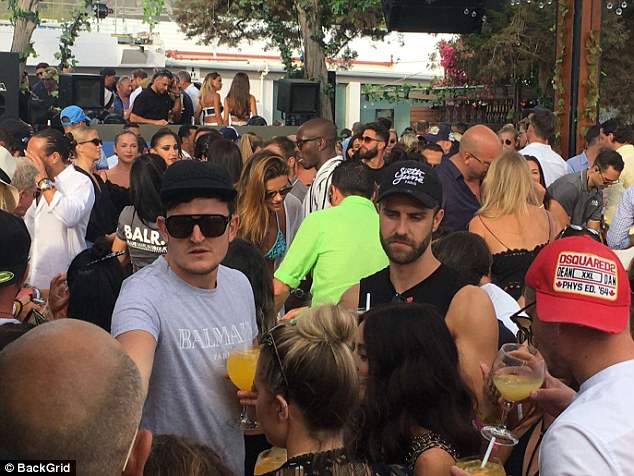 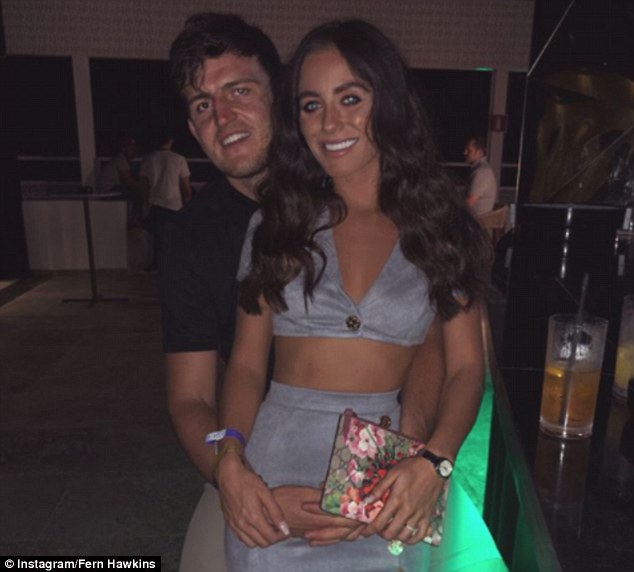 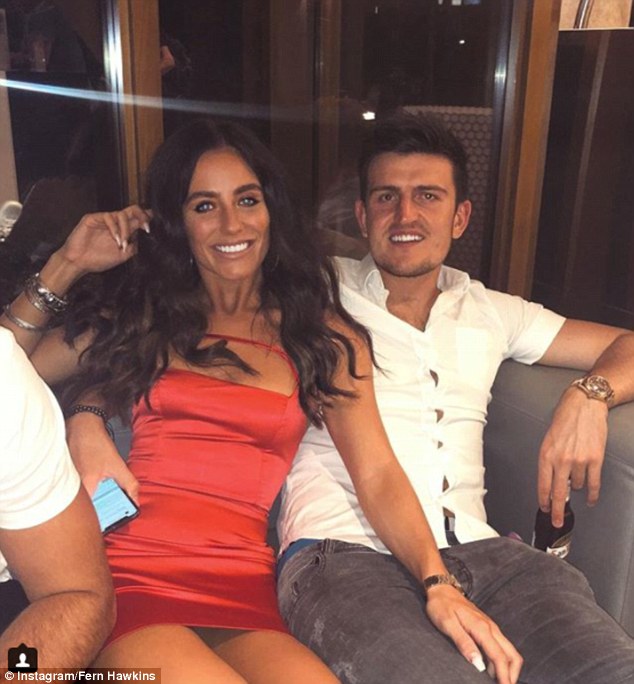 He caught the attention of the world during the tournament and has since been linked with a big money move to Man United.

The 25-year-old first graced the Premier League with Hull City where some impressive performances saw him earn a £12million transfer to Leicester last summer despite Hull’s relegation.

Following another good season and his ability to fit into Gareth Southgate’s back-three system, Magurie claimed his place in England’s starting eleven.

Now, he could be set to join Jose Mourinho – who has admitted in an interview with ESPN he would still like to sign two more players.